1000 Paper Cranes, Happiness vs. Me, Project Sharon, The Daily Happensnap

She’ll have fun, fun, fun till her grading takes her free time away.

I went to work today, but I didn’t do any work because that hasn’t started yet. Instead, I packed up belongings from my office to move to a bigger office. I need a bigger office because life tends to pile up on me.

Pretty good day, I’d say. That’s the way it goes, though. It’s all fun and games for the teachers until the students show up. The tricky part is to keep having fun after I have to start grading the stuff I assign. I’ll get back to you on that in a couple of weeks.

So here’s a little roundup of my afternoon photography binge: 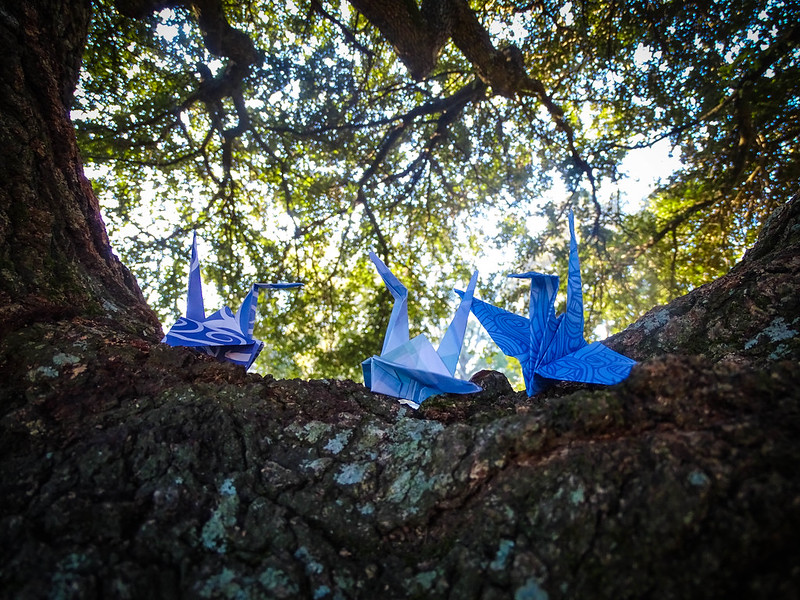 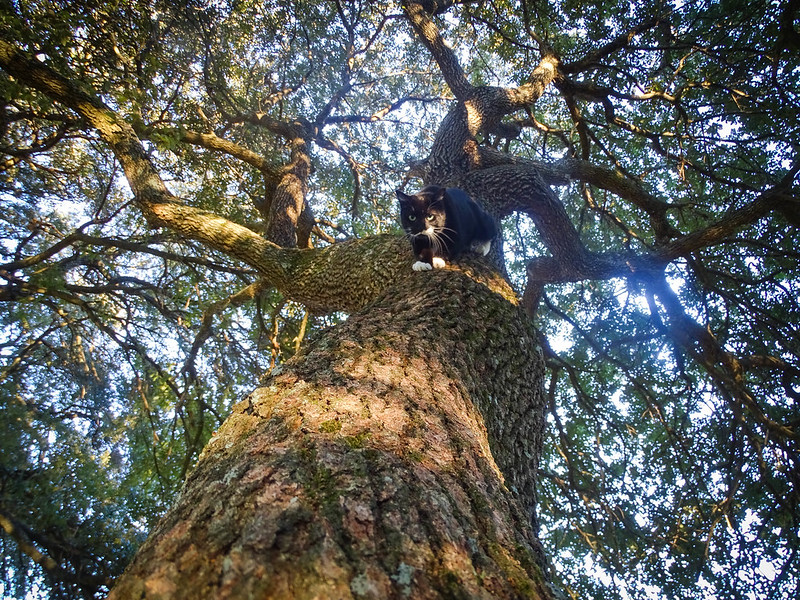 I could not have planned for Jack Cat to climb this tree, and if I had thought of it and hoped he would climb it, he would have been nowhere to be found. I put the paper cranes in this tree to photograph them, though, and Jack Cat followed me. He gave me the perfect opportunity to photograph something for today’s prompt of “towering.” Jack Cat considers all trees to be his own personal cat towers. 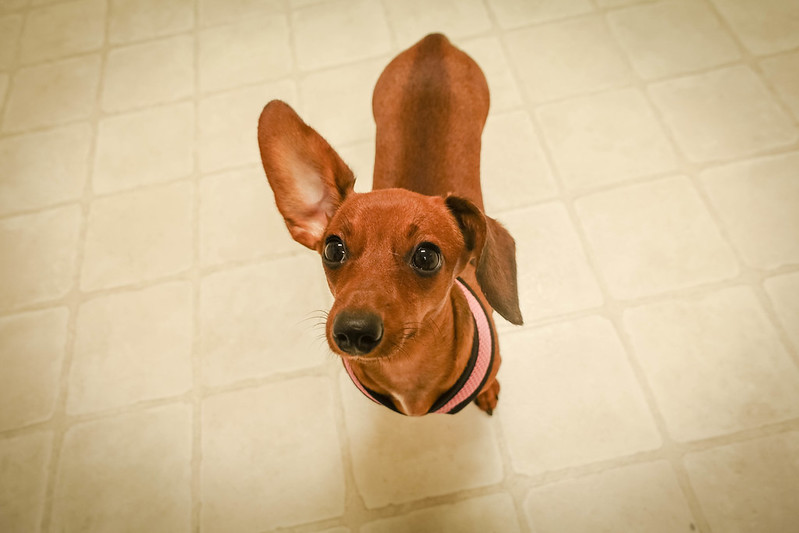 Today’s dog challenge was “angular.” I wanted to take a photo of Lucy Peanut from a low angle. I thought I could put her on the table and sit on the floor to take a picture of her looking over the edge of the table at me. That scared her so much she just hunkered down in the middle of the table and shivered, so I had to cuddle her for a while and give up. Luckily, she cocked her ear back a little later, and I realized that she had come up with her own plan for an angular shot.

I see a lot of images of pets on Flickr and Instagram where it is clear the shots are posed and taken in a studio setting. I admire the people and the dogs who manage to pull that off. That’s just not the way me and Lucy Peanut roll, though. LP does her own thing her own way at all times, and I just follow along and clean up the poop. That’s what I’m here for. 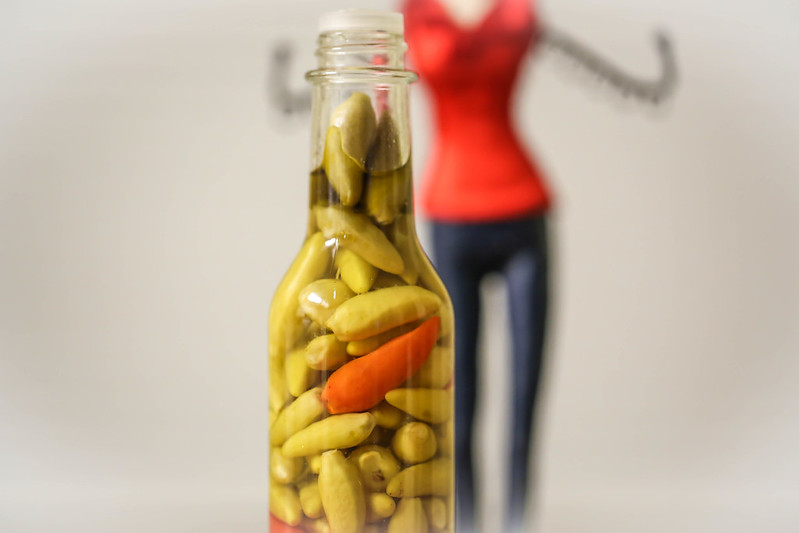 Alice of Mississippi is hitting the sauce, and she is hot.

I don’t know why it amuses me so much to take pictures of a jewelry mannequin named Alice, but it is one of my very favorite activities in this world. 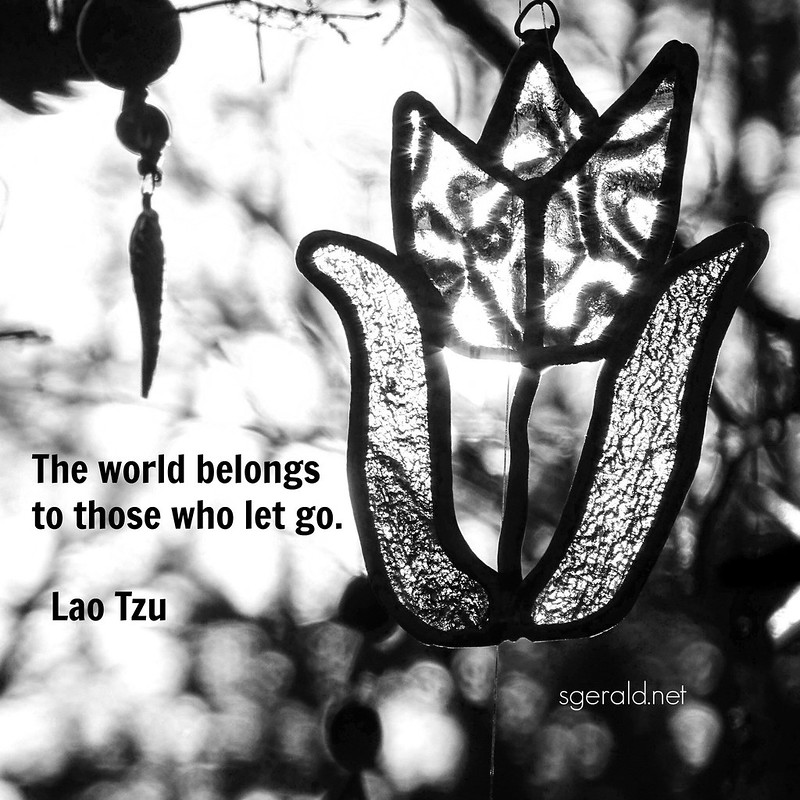 Memes were one of my happiness projects from a couple of years ago. They lasted for a few weeks, but I’d like to take up a longer term relationship with happiness, so I’m going to get back to the basics of adding motivational quotes to my photos. 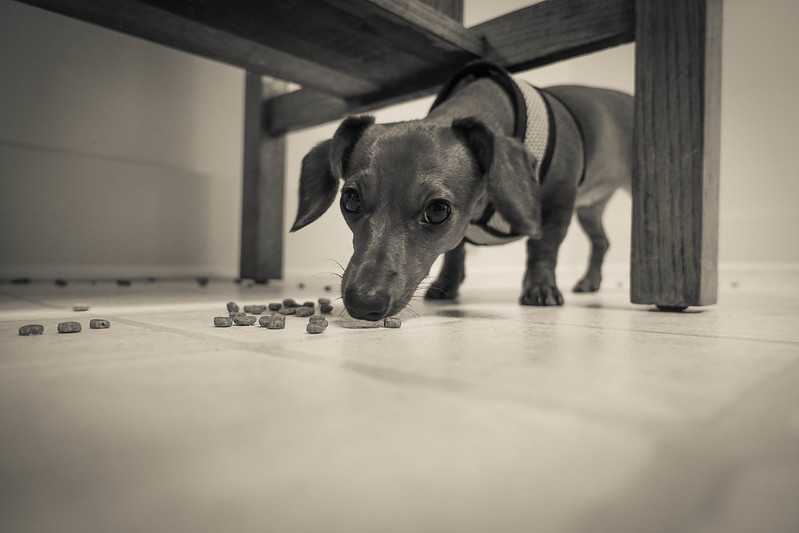 This photo is actually one I took yesterday, but I’m posting it again today because it made Explore on Flickr. Explore is some sort of mysterious process by which Flickr chooses the images that go into the public pool that people see when they log in or when they do searches for specific cameras and lenses and so forth. I’m not sure that it means anything much to be in Explore. It mostly just means that more people see it. But I still feel like it is a prize, and finding out I had a photo in Explore gave me a nice little boost today.

So there you go. I have photographed all the things. I was able to do that because I didn’t do any actual work today. It was such a good day.

1000 Paper Cranes, Happiness vs. Me, Project Sharon, The Daily Happensnap